The first session of Word Arts LIVE! has ended June 2017 with it’s fifth meeting. It was an inspiring set of readings, presentations and discussions that allowed the local community to come together and grow as it welcomed some of its authors, poets, actors, artists and musicians.

The series is expected to resume later this year. Follow this blog for updates.

More information about Word Arts LIVE! is on this page:
surreymuseatlarge.wordpress.com/word-arts-live-series

Thanks to our Featured Authors

Thanks to our Featured Poets 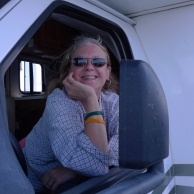 Thanks to our Featured Performers 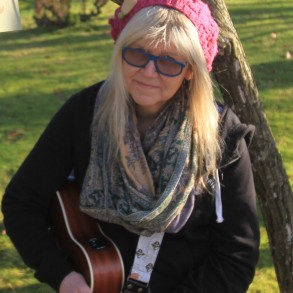 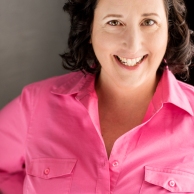 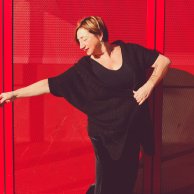 Thanks to our Open Mic Openers 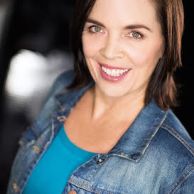 And of course, thanks to our Host of all the five events 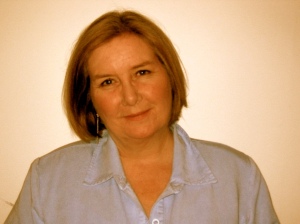 ‘I’m very pleased to have completed phase one of Word Arts LIVE! – a collaboration with Surrey Muse At Large. Thank you to Surrey Cultural Grants for support. Held in the Media Room at Camp Alexandra in Crescent Beach. We hosted five monthly reading events from February through June 2017. A group of loyal fans developed starting with 12 and ending with 30 + who enjoyed the diversity and range of the very talented presenters. Authors, poets, performers. In the final session we expanded to a play reading excerpt, and an artist showing deconstructed books. The potential is endless.’

The venue was great.

Appreciation to the staff and volunteers at
Alexandra Neighbourhood House.

And many thanks to Steve Chitty for his ongoing support to this project.

Surrey Muse and its projects happen on
the unceded territories of the Musqueam, Squamish and
Tsleil-Waututh First Nations.

Deborah is a writer, editor, educator, and the creator of Horse Lover’s Math. Her essays and articles have appeared in various publications including the Vancouver Sun, and one of her short stories received an honorable mention in the Writer’s Digest Magazine writing competition. Deborah graduated with an Honors Degree in Horsemanship from Humber College in Toronto in the mid-seventies. Her two children were born in the early 80’s, and living in Ottawa at that time, she joined Mothers Are Women (MAW), a feminist group of women at home. Starting out contributing articles to their quarterly magazine Homebase, she went on to become editor until she and her family moved to BC in 1992. Here, she took several writing courses and joined a local writers group. Her ongoing work, Horse Lover’s Math, is a website with over 350 posts and a Math Club with members from Alaska to Australia, and it offers downloadable math worksheets and a 175 page Level 1 math workbook while a workbook for Level 2 is coming soon.
horseloversmath

Heidi writes in many genres – poetry, fiction, essays, reviews and blog posts. She has just published Flightpaths: The Lost Journals of Amelia Earhart (Caitlin Press, 2017), an extended poem, expanding on the work begun earlier. The book is a collection of journal entries, poems, letters and other bits and pieces, addressing the question, What became of Amelia Earhart? Heidi’s other titles include Rattlesnake Plantain (poetry), published by Anvil Press in 2002; Shrinking Violets (novella), winner of the Ken Klonsky Award, published by Toronto’s Quattro Books in 2011; several chapbooks including A: The Amelia Poems, published by Lipstick Press (Gabriola Island) in 2009. Heidi also works as an instructor, leading workshops on a range of topics from exploring creativity to making chapbooks. A long-time resident of Surrey, she’s an arts activist who has contributed to several projects in the city – helping to establish two literary reading series and working to convince the City of Surrey to hire a Poet Laureate.
outonthelimb

Celeste, PhD is a dancer, poet, writer and educator who is an Associate Professor in the Faculty of Education at Simon Fraser University. Among her books, are Embodied Prayer, Embodied Inquiry: Writing, living and being through the body and a collection of poetry, Wild Tourist. Celeste loves connecting dance, improv, comedy and spoken word as well as doing site-specific performance. She is presently the Artist in Residence in the UBC Botanical garden creating and performing poetry and dance out of each season. (Photo by Michele Mateus)
celestesnowber

Celina is a singer and an actor who has performed with VG Playroom’s devised theatre and was a part of the cast for the curated reading of Virgina Gillespie’s short play Hoarder. As a member of Voices Wild, Celina explores and co-creates vocal soundscapes, and she is a Soprano Singer with Soul of the World Community Choir. She also facilitates a women’s group, and she supports and participates in several projects that bring people together. Last year, she performed in several Student Showcases with the Drama Class in White Rock, and she continues to fulfill her creativity through Improv acting. At this time, among other things, Celina is developing a stage performance with Shonna Morgan.
linkedin

Supporting her 5 children in the performance world for years, Shonna began to follow their lead a year ago, at first intrigued by the fun of theatre games. This interest quickly led to live stage showcases at The Drama Club, and a handful of independent and student film roles in the Vancouver film community. Shonna also volunteers with the RCMP, the Vancouver Sun Run, her Strata Council, and she helps organize homeschool conferences. At this time, Shonna is developing another stage performance with Celina Strachan.
shonnalee@gmail.com

Virginia is a writer, arts advocate and the Artistic Director of VG PlayRoom, a multi-disciplinary arts incubator with a Word Studio to develop projects and events in the Verbal Arts. She is a co-founder, co-organizer and the host of Word Arts LIVE! series.
vgplayroom

After a festive fourth meeting of Word Arts LIVE! in May with author Teresa Klein, poet Manolis, performer Yvette Dudley-Neuman, and open mic opener Paul Stacey with Virginia Gillespie, you are invited to the fifth and the last event of this new reading and presentation series at ‘Camp A’.

Word Arts LIVE! features an author, a poet and a performer- a bit of time to discuss, to linger and to savor each presentation; and, an Open Mic session at the end. The event is FREE. Donations are welcome.

Word Arts LIVE Series is a collaboration
between VG PlayRoom and Surrey Muse At Large (SMAL).
..