Welcome to the second event of the second session of Word Arts LIVE at Alexandra Neighborhood House.

JOAN B. FLOOD grew up in Limerick, Ireland and lived briefly in France and England before settling in Canada. She spent some years in Ottawa, Toronto and Hamilton, Ontario before arriving in Vancouver, where she currently lives. Her work has appeared in anthologies in Canada, USA and Australia. Her Young Adult novel, New Girl, won the Orpheus Fiction Contest and was published in the USA by Musa Publishing. Her story 87 won honourable mention in The Binnacle Ninth Annual Ultra-Short Story Competition 2012 (USA). Her latest novel is Left Unsaid, a family drama set in contemporary Ireland, and was published by Signature Editions in October 2017.
joan-b-flood-surrey-muse

Joanne Arnott is a Métis/mixed-blood writer and arts activist, originally from Manitoba, at home on the west coast. Her first book Wiles of Girlhood won the Gerald Lampert Award (LCP 1992). She published eight further books, including Halfling spring (Kegedonce 2014), A Night for the Lady (Ronsdale 2013), and Mother Time (Ronsdale 2007). Her essays and poetry appear in over twenty-five anthologies and a similar number of journals. Joanne was a founding member of the Aboriginal Writers Collective West Coast, a past volunteer with The Writers Union of Canada (National Council) and The Writers’ Trust of Canada (Author’s Committee). A grand multipara (mother of six), Joanne is currently teaching Creative Writing with an Indigenous Focus (UBC). She is the Poetry Editor for EVENT Magazine (Douglas College). Joanne received the Vancouver Mayor’s Arts Award for Literary Arts in 2017.
josarnott.blogspot.ca

Sonja Grgar is a writer, dancer, and a freelance journalist who has worked in print, radio and television. In her writing, Sonja attempts to portray the poetic complexities of existence. What she finds the most meaningful about the written word are its limitations; that it is an imperfect expression of our life and breath. It is precisely that imperfection that Sonja finds the most poetic, and within which she seeks to live and create.
sonja-grgar-surrey-muse 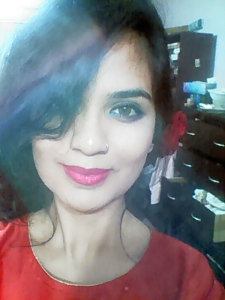 Sana is a poet, performer and playwright. Her writings have been published at The Laaltain, Mayanaam and Uddari Weblog, and she has presented monologues at various cultural and literary events. Her play Migration, written and directed for a group of Pakistani-Canadian youth, expresses the experience of loneliness and pathos of (forced) migration and exile. Her monologue Smaller Names explores the dynamics of silencing of women’s voices/stories and the trauma and shame they endure as they speak. She has hosted events to commemorate Poet Faiz Ahmad Faiz, Women’s International Day, and book launching ceremonies for authors. A Founding Member and the President of Surrey Muse, Sana is a Registered Psychiatric Nurse, and enjoys working in the field of mental health.
sana-janjua-surrey-muse

Virginia is a writer, arts advocate and the Artistic Director of VG PlayRoom, a multi-disciplinary arts incubator with a Word Studio to develop projects and events in the Verbal Arts. She is a co-founder, co-organizer and the host of Word Arts LIVE! series.
vgplayroom

We are grateful to the City of Surrey for the 2017 Cultural Project Grant for Word-Arts events, forums and training. Alexandra Neighbourhood House is home base and a strong supporter.

Surrey Muse At Large (SMAL) operates on
the unceded territories of the
Musqueam, Squamish and Tsleil-Waututh First Nations.

Surrey Muse At Large (SMAL) is a project of
Surrey Muse.
..